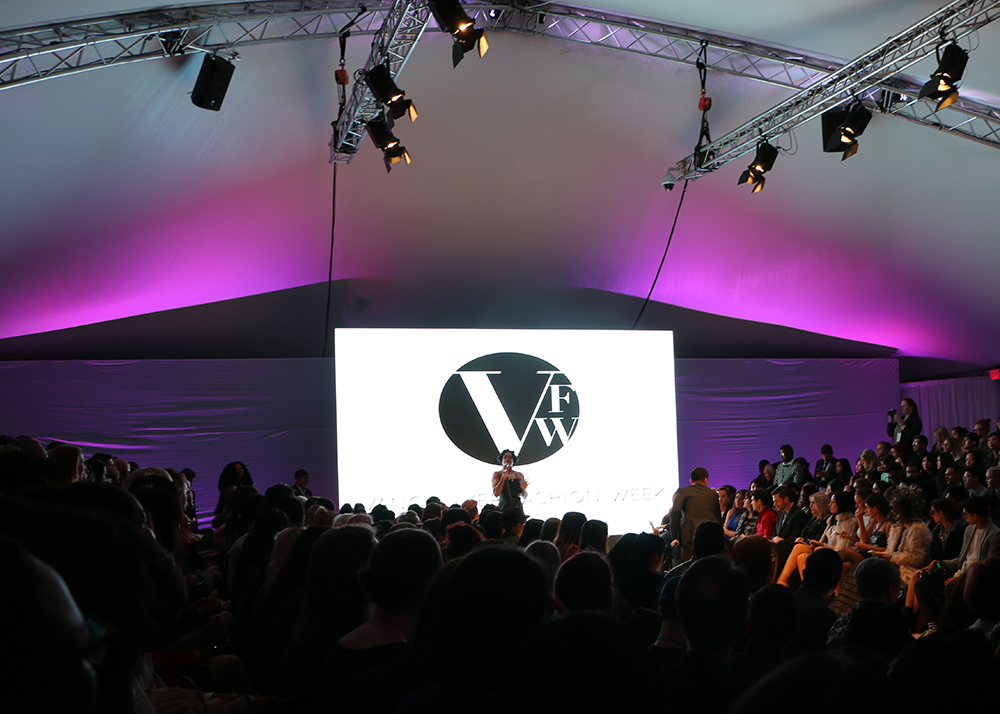 You might have noticed in my last post (here) I promised I’d give you direct access into the Vancouver Fashion Week tent. Well, ready to conquer the world in my Geiger heels and PARTYSKIRT, I made my way into the thick of things and did some photo-documenting of the runway excitement. So to plant you into the seat right next to mine, here’s a quick play-by-play of one of my absolute favourite stand-out designers from the shows:

The audience fell to a murmured hush. Lights dimmed from magenta to barely-there black and a strikingly white floral bud appeared on the screen at the head of the runway. It then began to bloom in a beautiful time-lapse. In moments it became a permanent fixture, forming an angelic silhouette to frame the models as they sauntered deeper into the throng of people lining their every step. This was how Peruvian designer, Noe Bernacelli, opened his Vancouver Fashion Week show.

Like the delicate flower, his haute couture pieces that came down the runway were feminine and sensual. The details in his designs had me perched on the edge of my seat, leaning in as if it might help me soak in even more of the Swarovski intricacies. My eyes were full to the brim with naughty sheer panels, lace and opulent capes. The hues were mostly whites, nudes and pinks. A few maroons and deep forest-like greens also appeared, shifting from a good fairy to a bad (sexy) fairy feel. Glamorous trains of peek-a-boo gowns also made their mark on the runway, almost floating along behind the models. After the final walk at the very end, Noe himself made a fleeting appearance at the top of the runway, and gave a quick bow before retreating backstage.

Like summer tulips that fade away, it was all gone too soon. I wanted more. I was enthralled. I loved it all. And judging by the chorus of “Oooooo’s”, so did most of the audience. Luckily, pictures on the interest last forever. So take a looksie at the photosnaps below of the Autumn/Winter 2015-16 line and let me know what you think of his collection! Now excuse me while I daydream about stepping into one of these opulent gowns and being swept away into the sunset of my own fairy tale. 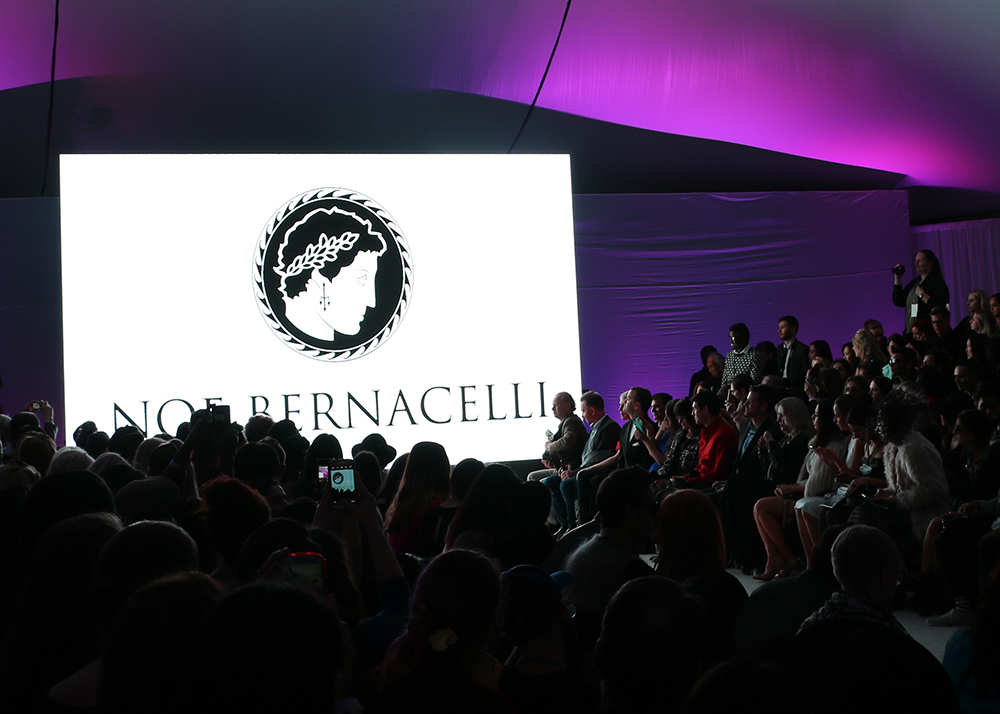 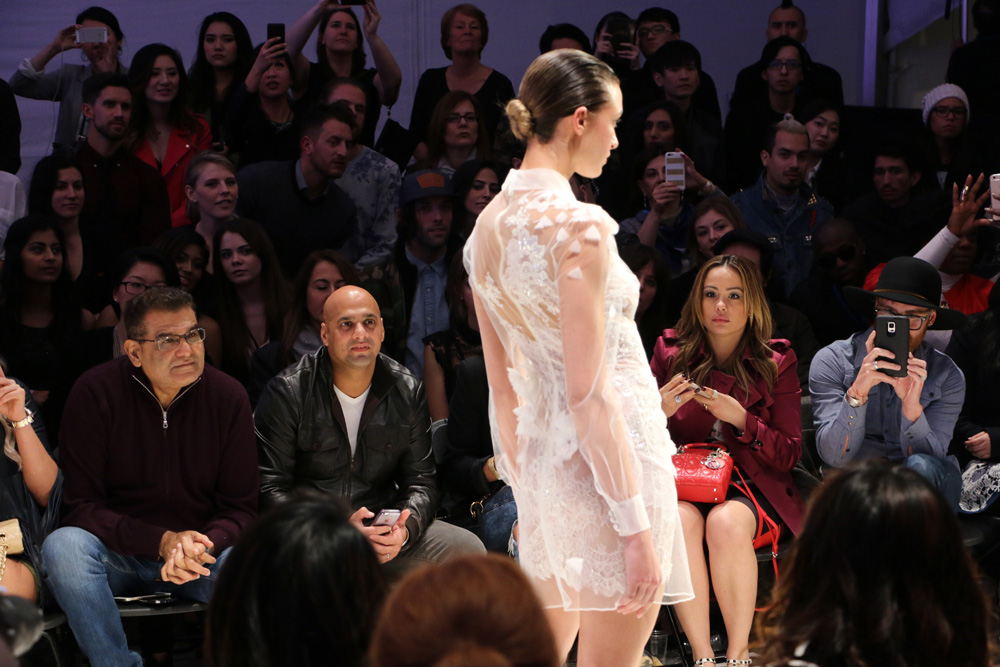 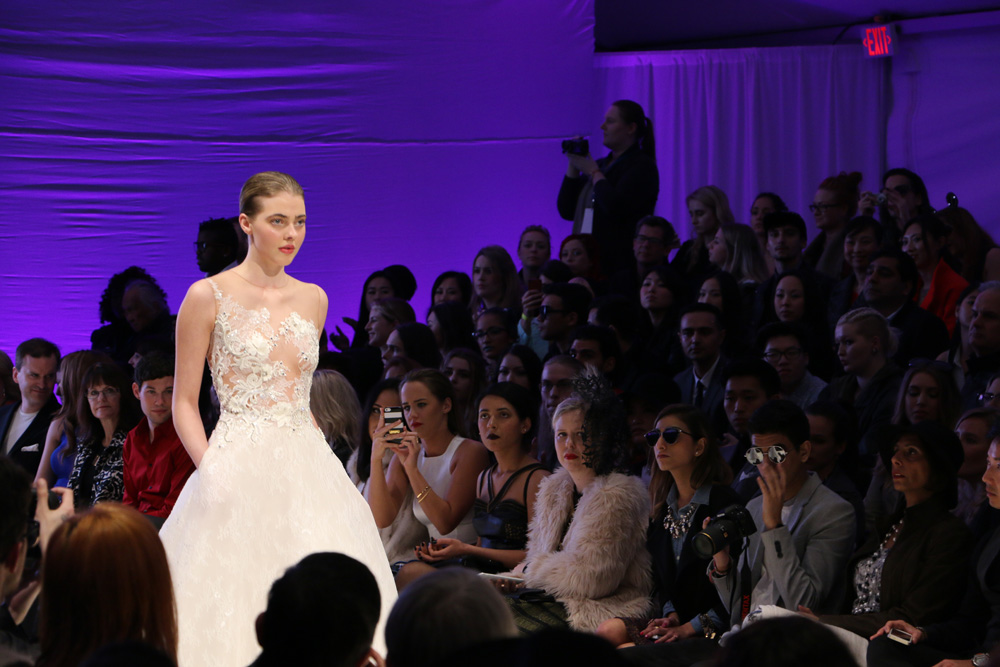 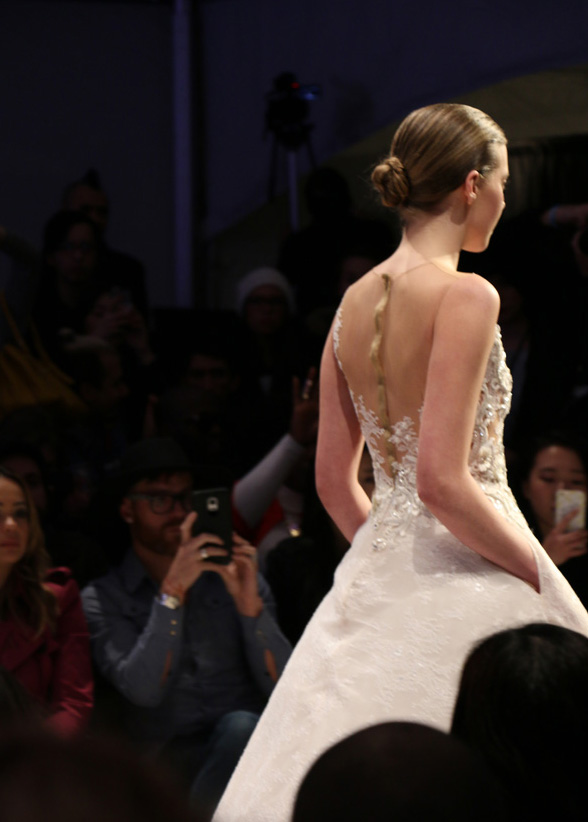 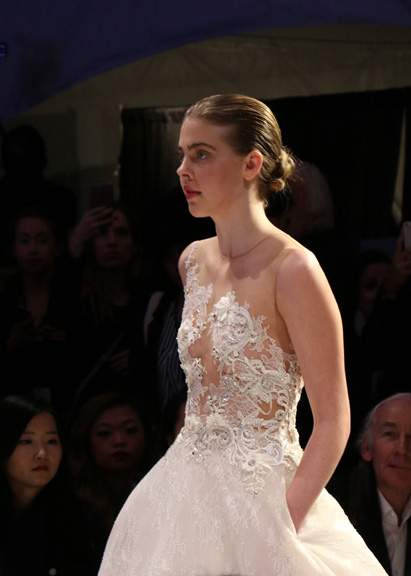 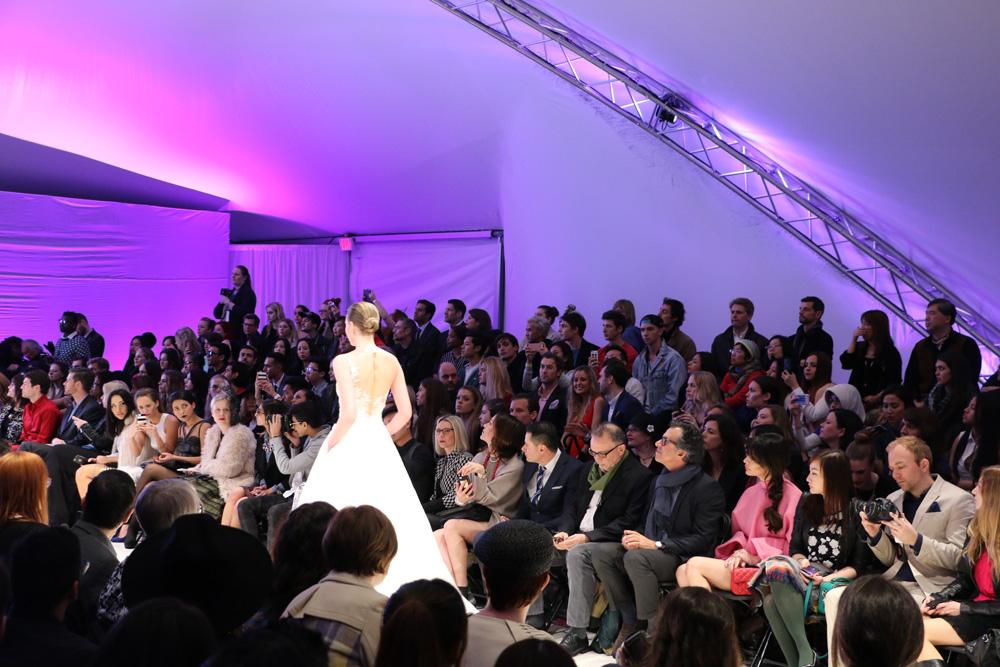 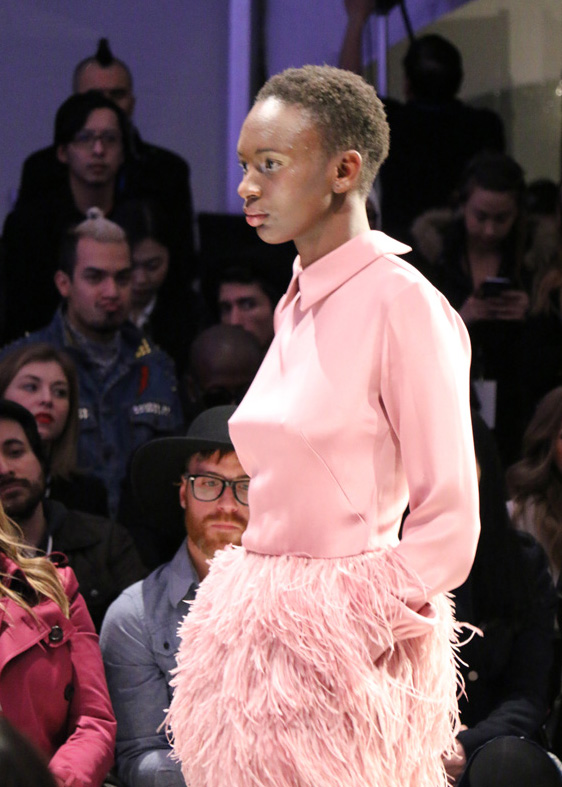 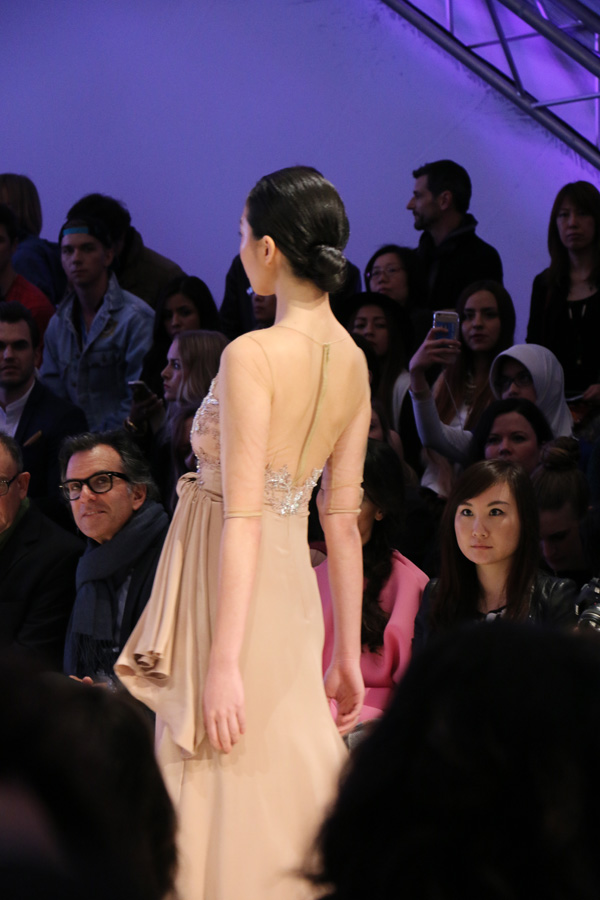 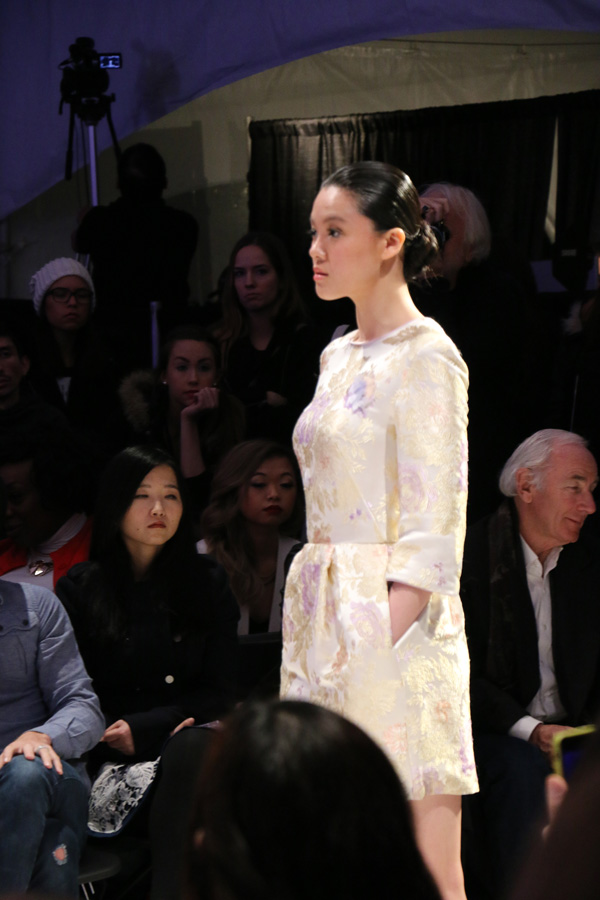 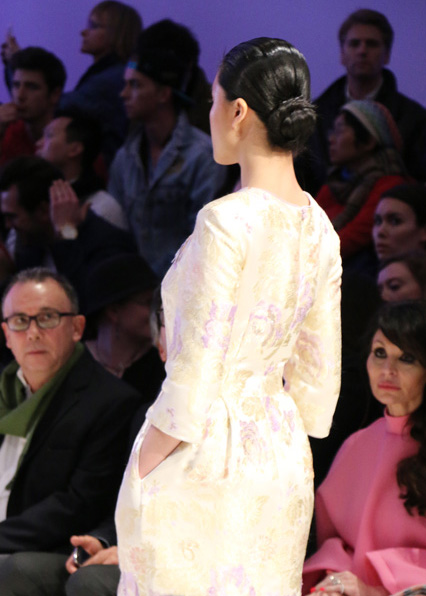 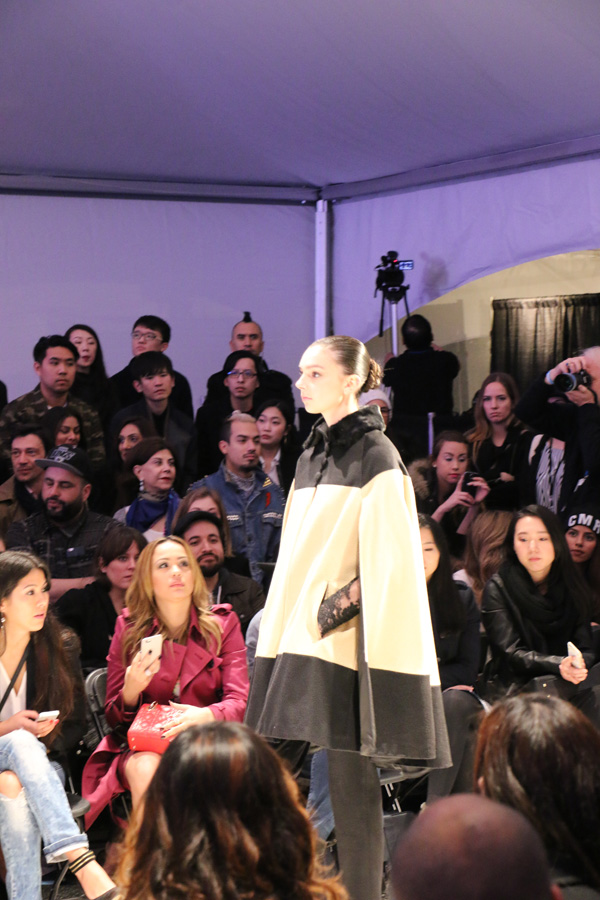 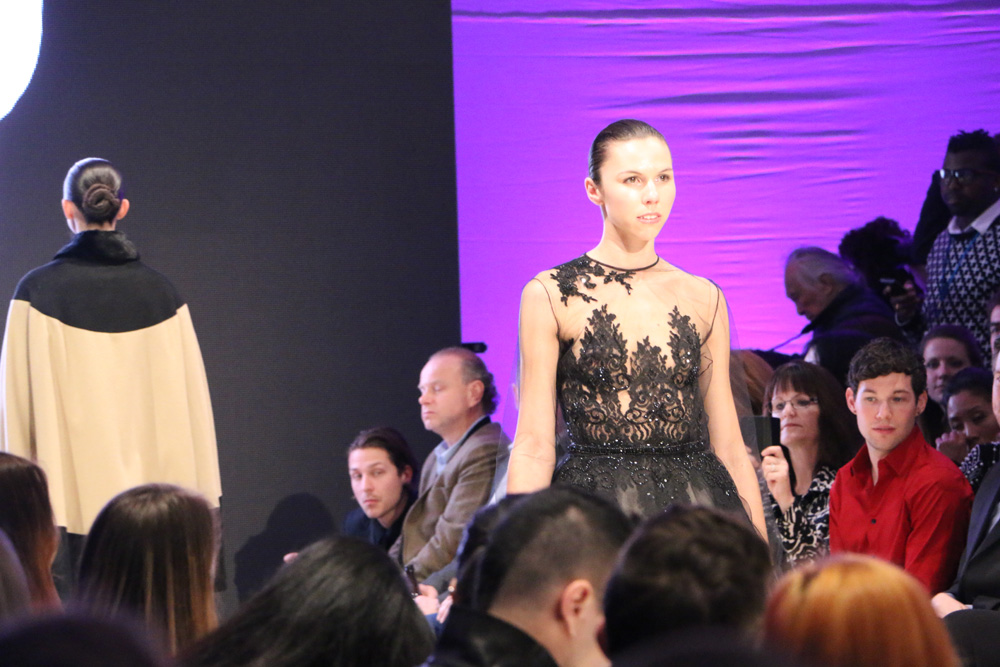 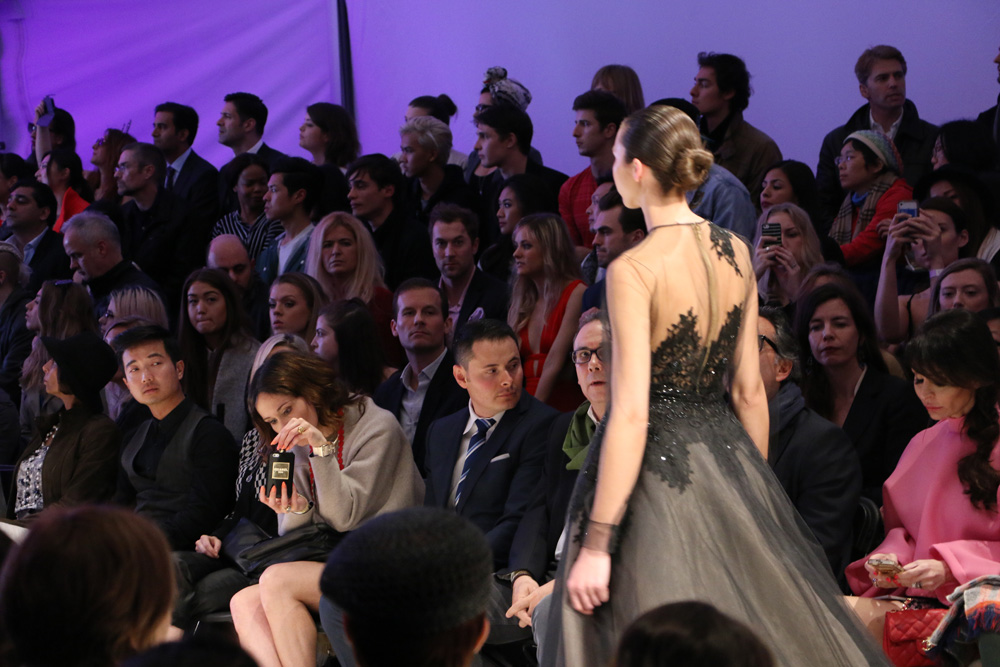 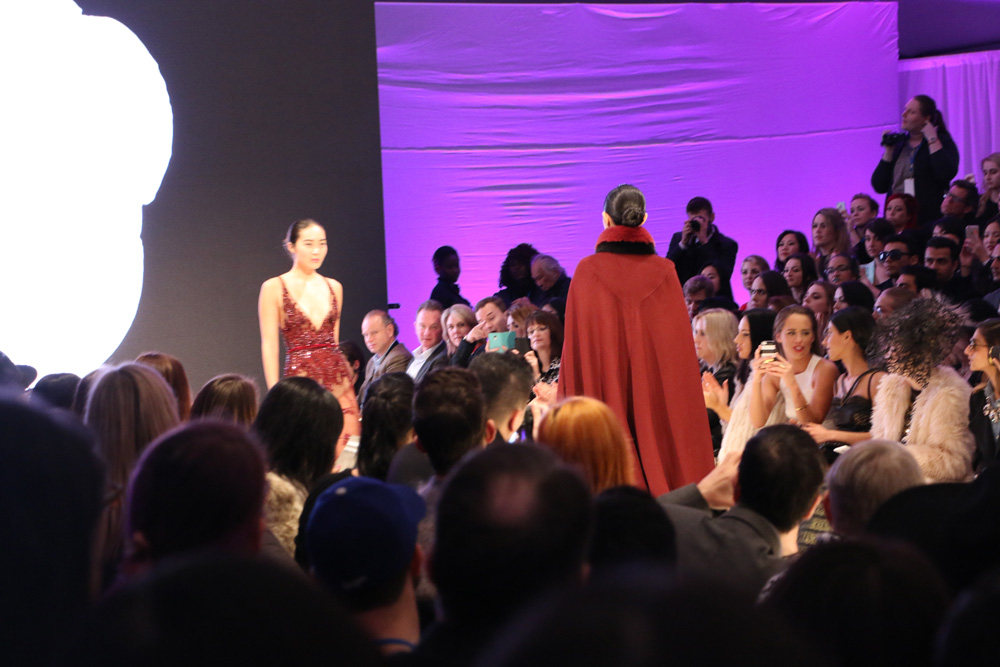 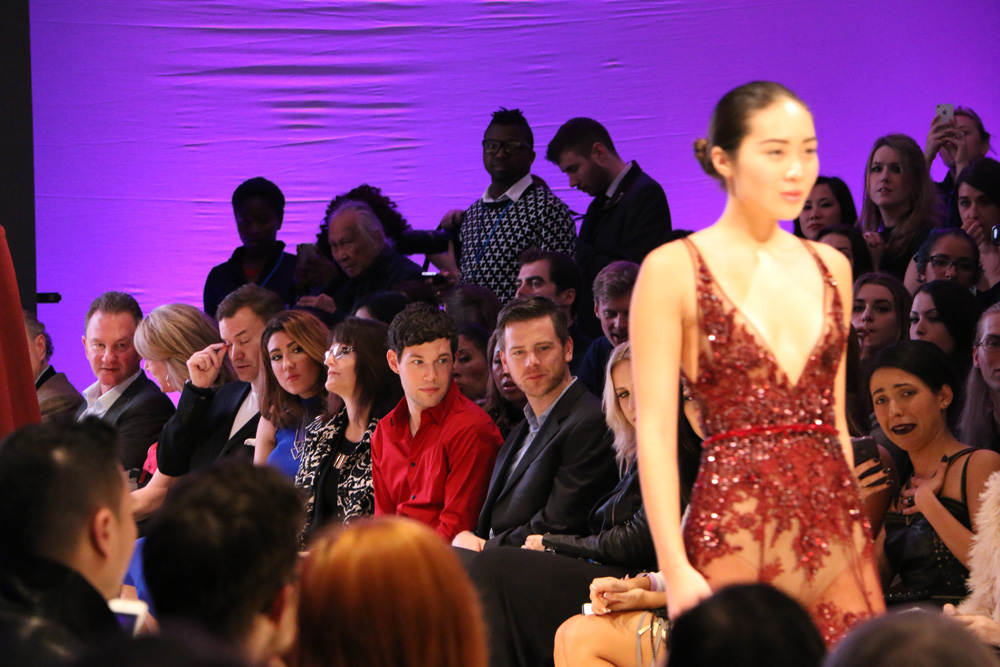 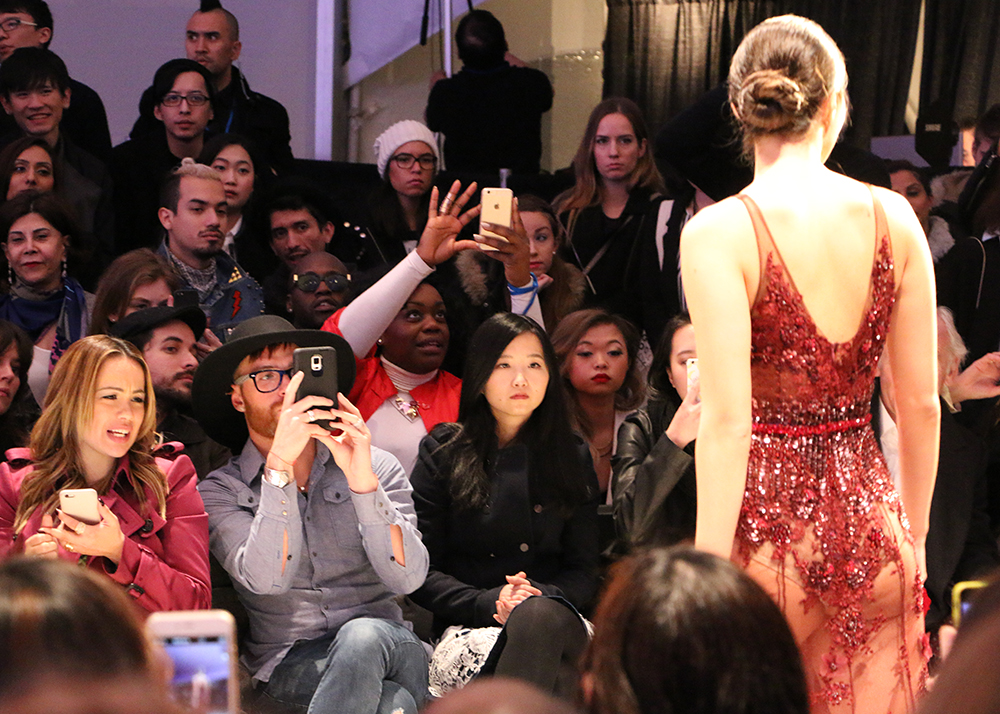 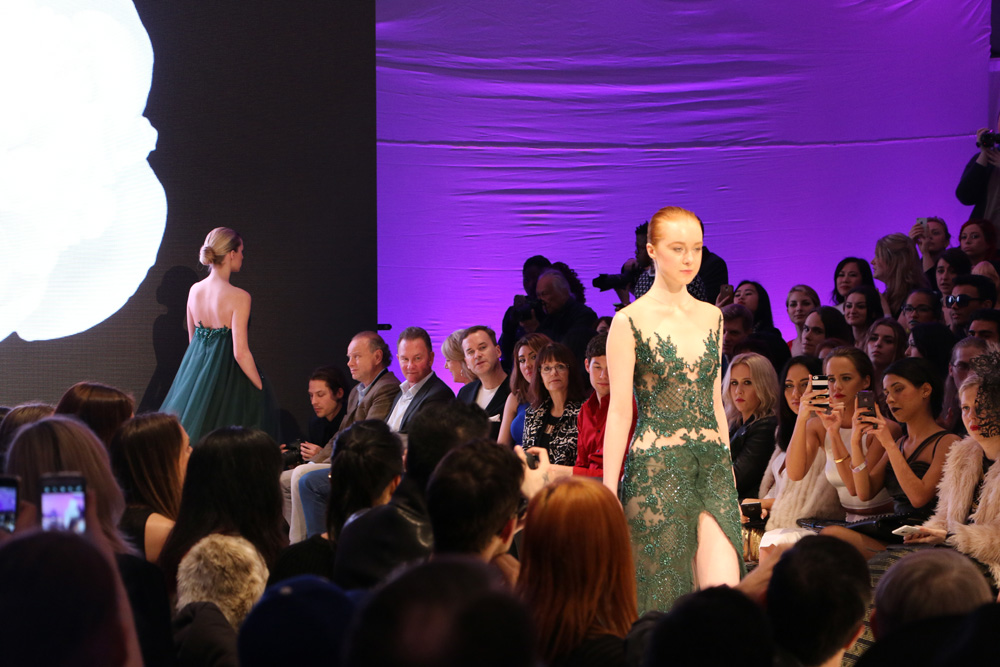 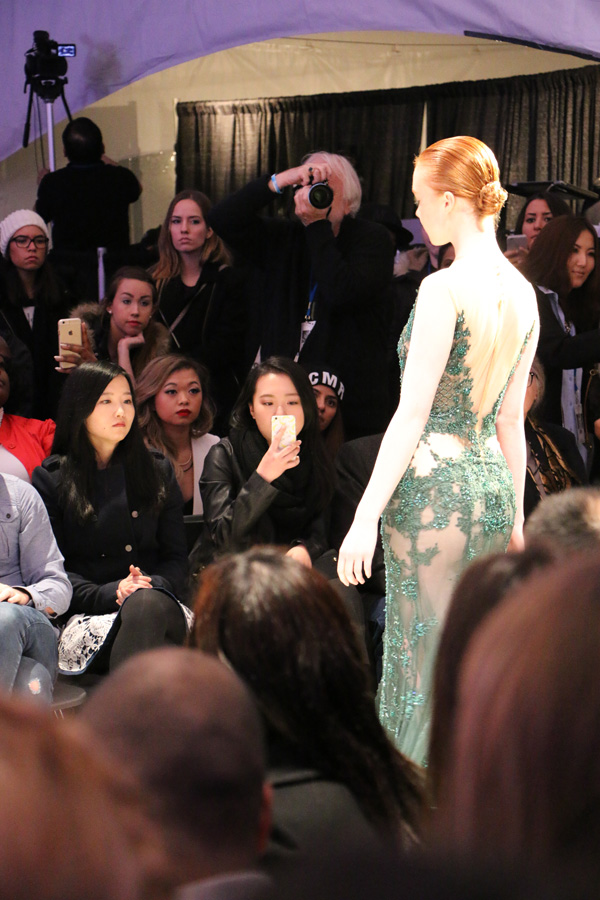 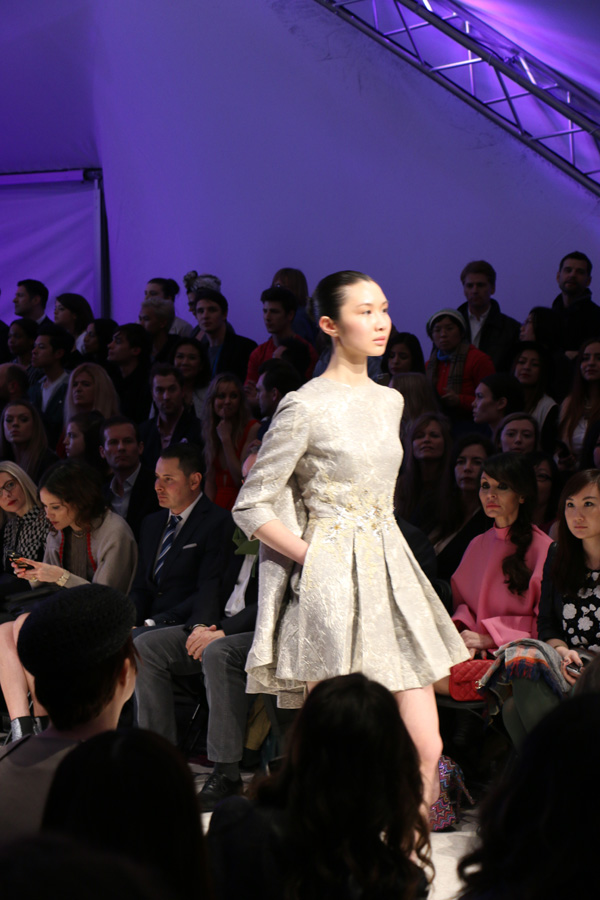 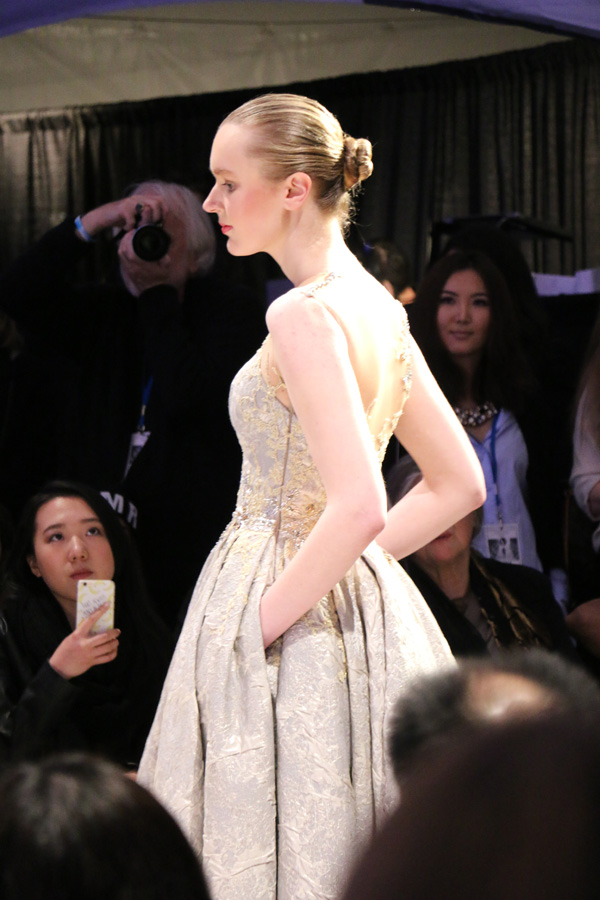 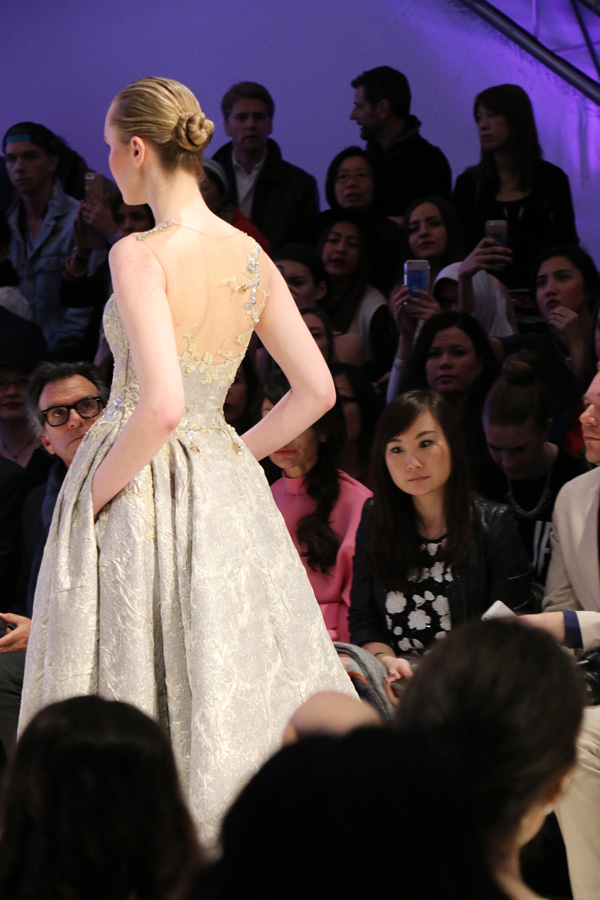 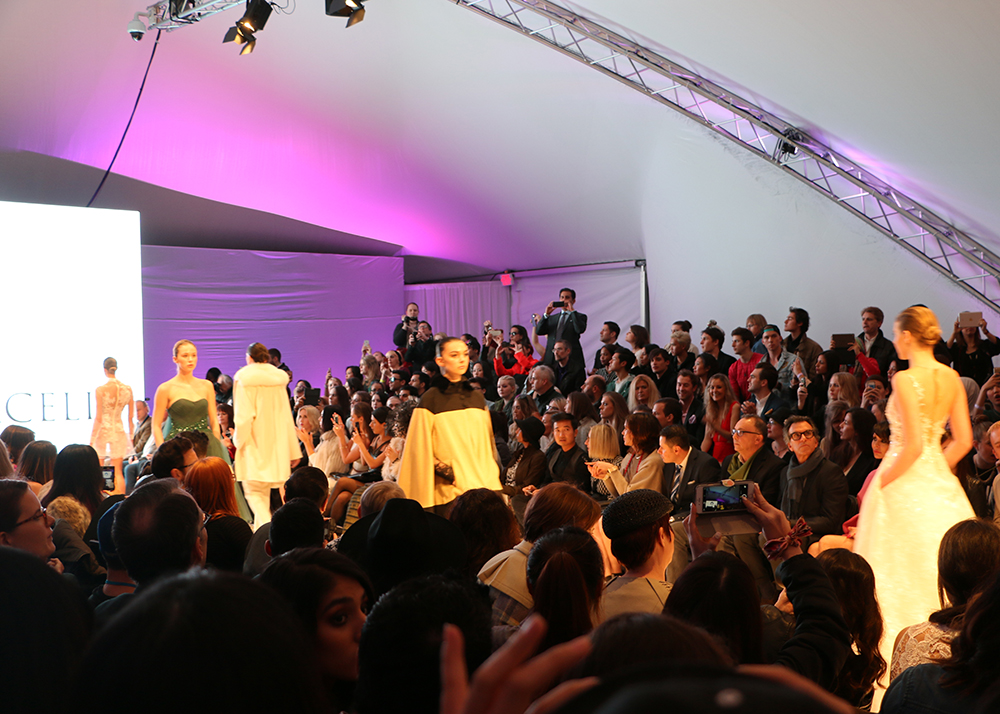 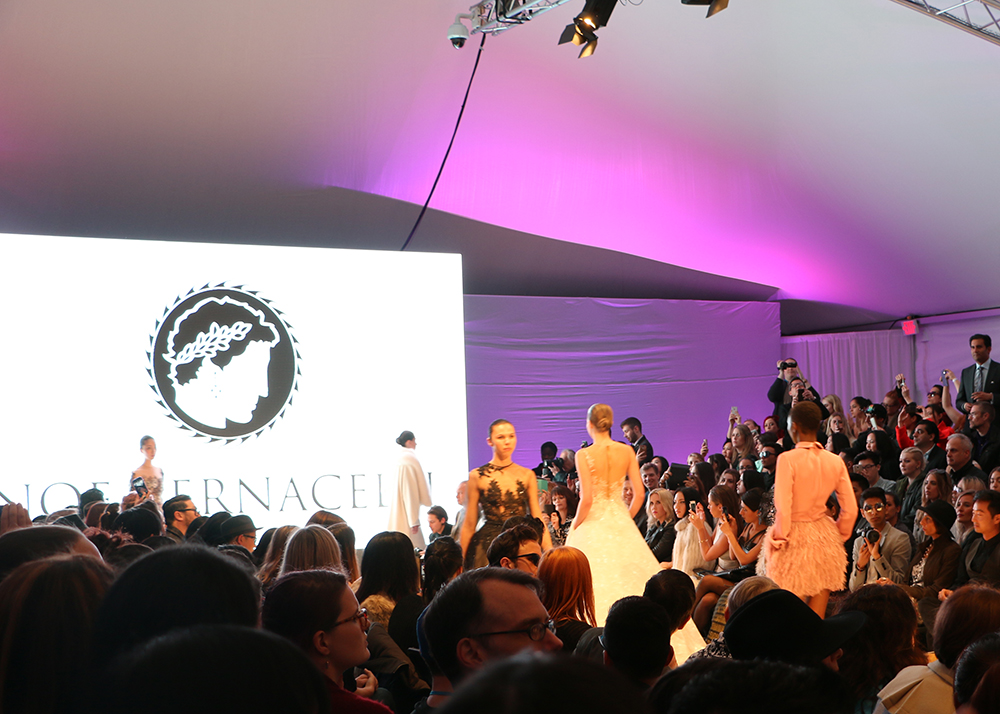 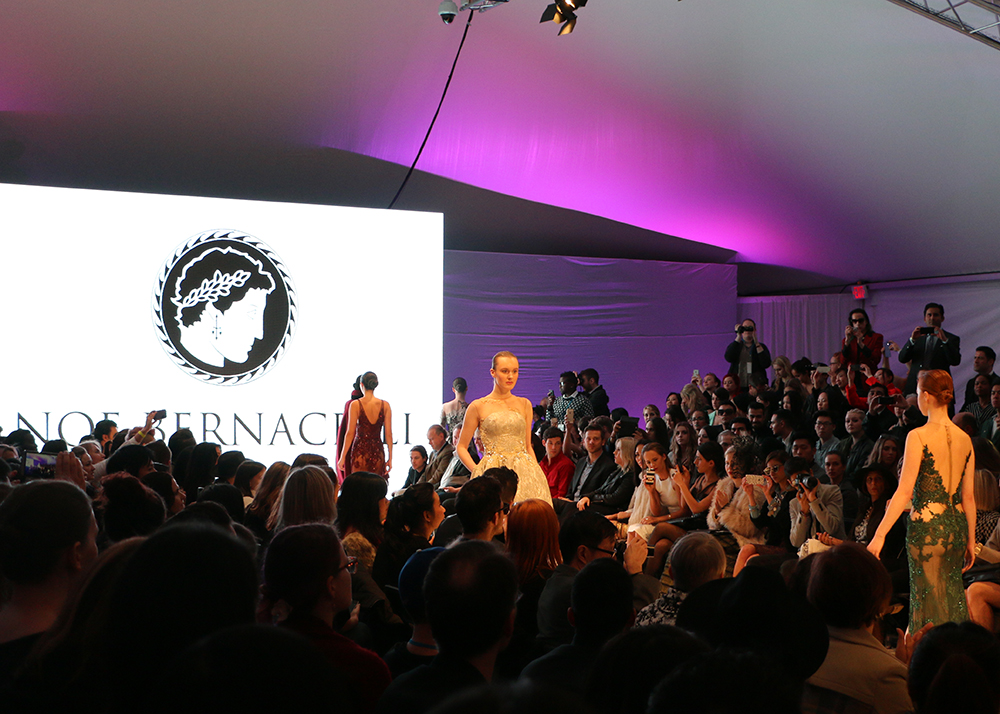